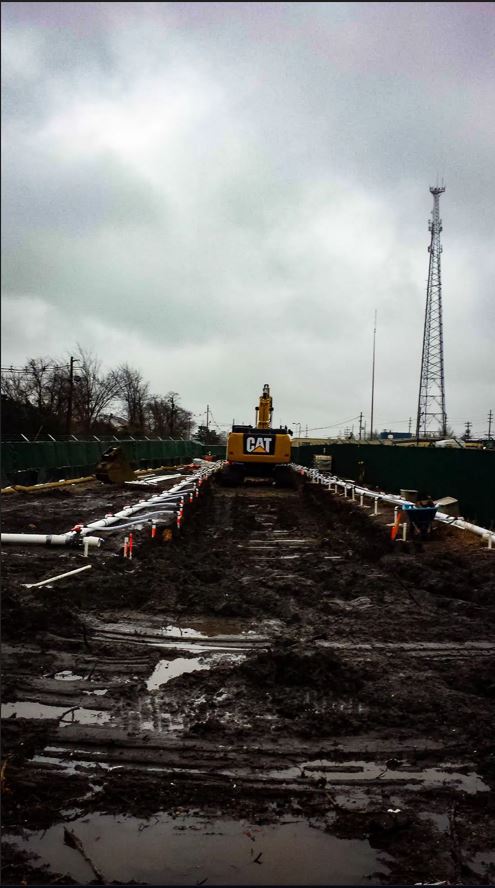 The Toms River Manufactured Gas Plant (MGP) was an eight acre property located off Herflicker Boulevard west of Adafre Avenue. It began operating as the Toms River and Island Heights Electric and Power Company in 1900. Several companies operated the MGP up to 1950, when all MGP operations ceased. By 1975, all site buildings were demolished.  Contractors hired by NJNG have been involved with soil remediation of contamination caused by the former MGP. Contamination from the plant migrated across the Herflicker Boulevard ROW and Conrail rail ROW onto private property, including the Toms River Bus Terminal.

Manufactured gas was created by heating coal or coke to create gas, which was then piped to local homes and businesses. By the early 1900s, most larger towns had their own manufactured gas plants, while New York City, the largest city in the country, had dozens of plants.

Remediation of the original MGP site is complete and remediation on the former Toms River Plumbing site is expected to be complete in 2022. Remediation of a portion of the Herflicker Boulevard ROW is expected to be conducted in 2023 in advance of construction of the road by the County in 2024 as part of the downtown circulation improvements funded under a Federal Highway BUILD grant (see "Downtown Loop Road Project" link). Groundwater testing will also be part of the cleanup, to make sure pollutants from the property are not threatening the nearby Toms River.